Light is a message of the universe

The pleonasm ‘without the light there would be no cosmos, and without the light there would be no human race’ is consequently as fundamentally true as that of the information theory perspective being superfluous. The thousands of years old myths of the metaphysics of light have, in this causal correspondence their source, which, in some examples, ought to become clear. Firstly an example from the history of religion, where the veneration of the sun led to the source of all life as justification of monotheism in the Egyptian worshipping of the sun. The cosmic might that manifests itself in the sun was already worshipped as a deity Re (‘sun’) early on within a multi-part Egyptian god system and, under the rule of the Pharaoh Akhenaten, eventually held a unique position. Newly known as god Aton and symbolised by the sun disc, this cosmotheistic god imparts the realisation conceived by Akhenaten that ‘the sun and only the sun, through its rays creates light and warmth… and in this manner constantly produces the entire visible and invisible reality, making the acceptance of other gods redundant.’1 As historical and ethically coined monotheism this belief in a single god was imposed on Judaism and passed on to Christianity. 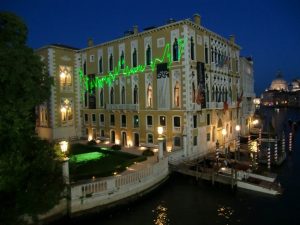 A further example is offered in the physiological process of photosynthesis: since millions of years the light (ancient Greek phōs) from the sun is absorbed by plants in such a way that oxygen enriched air is produced, namely that water and carbon dioxide are converted into glucose and oxygen under the influence of the radiant energy aided by chlorophyll. Thus the globe became an oxygen filled planet. The atmosphere that created the precondition for the development of living beings on this planet, owes much to the sun and the plants. An evolutionary response to this environment is the human lung. A further response to this evolution is the human eye. It is the answer to the electromagnetic rays of the sun’s light. However, the eye organ is only able to perceive a small detail of the spectrum existing in the universe. This area of light visible to human beings forms the area of the visual arts, creates the range of sight, the human sphere from which civilisation, cultures and the arts arise. Therefore the sphere of air and light share a common source, the sunlight. Religion, life and the arts emerged from this source.

teamLab | 2016 | Interactive Digital Installation, Endless | Drawing on the Water Surface Created by the Dance of Koi and People – Infinity | © teamLab