At the opening, visitors can look forward to a light and sound performance stretching across the entire castle hill. In a large-scale projection, Bracke lets the facade of the castle on the valley side shine in slowly rising and falling waves of light, flowing like breathing movements from the castle far into the Upper Rhine lowlands. The great arc of this light performance is the breathing movement of light. Graphics and text passages referring to political and democratic content blossom out of the dark phase. Just as in additive colour mixing the sum of all light colours is white, white light can be broken down again into its colour components. This physical property of light can be transferred to democracy. Only with the interplay of all colours, in the symphony of all political colours, does democracy come alive. The breath superimposes these democratic processes by absorbing all the particles of the world in the inhale and radiating out again in the exhale.

“In the light phases lies the power, but the decisive moment takes place in the dark phases … In the act of breathing out, of letting go, in the stillness of twilight.”

The first act consists of an approximately 10-minute sequence of images in which many levels overlap. Together with a sound performance, a spatial sound experience is created with improvised parts that arise intuitively in the moment. Light and sound lend expressive expression to the polyphony of a democracy. When immersed in darkness, the white light of the lettering L-ICH-T, i.e. the I in LIGHT, becomes colour and light drawings are born out of the darkness. The content level of the graphics develops from LIGHT to I to YOU and further to WE. The passages of light and darkness form coloured interfaces: The radiant, bright white crosses the colour circle in its ebbing light movement. For a brief moment, the castle shines in the colours of the rainbow.

“I would like to dedicate the second act of the art project to the theme of minorities. In Eastern Europe, the life rights of gays and lesbians are still being trampled on in the 21st century. And there is still a lot that can be done in our society in terms of inclusion, including for people with disabilities.“ (Ingo Bracke)

After 14 years, Bracke returns to the starting point of his ‘work group on democracy’, a light installation for the 175th anniversary of the Hambach Festival, and with his artistic positions occupies an interface where the forgotten tradition of baroque festival culture, exhibition design, opera staging and the visual arts interpenetrate in light. Bracke develops hybrid art formats for specific locations and historical buildings, which he transforms into temporary works of art primarily with the media of light and sound. In this way, he illuminates and enlightens the themes inherent in the places and makes them resonate through resonance. The most recent related works in 2018 to 2020 were commissioned by the German government in Berlin and Hamburg. For the television towers and in Dresden for the Brühl Terraces, he created the installation series “Democracy Needs Inclusion”. 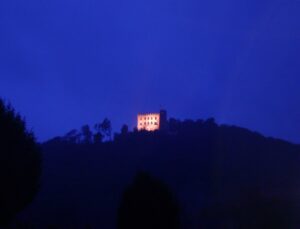 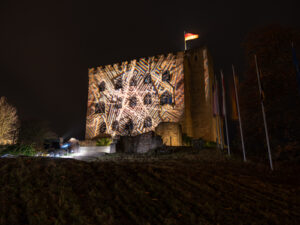 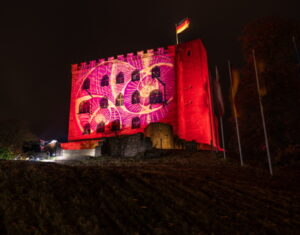 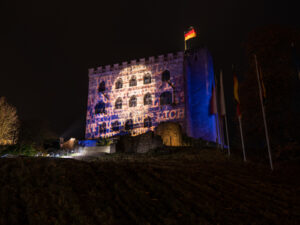