The exhibition “Red appears before Red” takes around 70 works from the Marli Hoppe-Ritter Collection that highlight the different aspects of the colour red, both with regard to the sheer breadth of red  tones that exist, as well as to their systematic use in concrete art. With the aspiration that came with Modernism to forge an autonomous form of art, red became one of the colour of choice for abstract painting in the early twentieth century. While attention at the Bauhaus focused on the primary colour red in its all-encompassing theory of design, pure red became a major element of a new, reduced visual language in the art of Constructivism and the de Stijl movement. 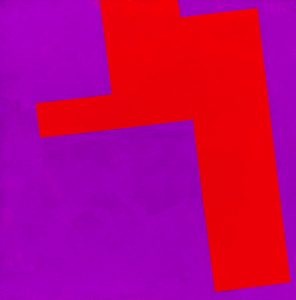 This presentation of the collection shows that to this day, the colour red has remained an important object of reflection in the field of geometrical art. Apart from the compositional possibilities opened by the colour, questions also revolve around its material prerequisites, the ways in which it is perceived, and also its various shades of meaning. Thus red presents itself in this selection as variously a monochrome surface and as an autonomous pictorial element, while at the same time its radiance can clearly be heightened when juxtaposed with its complementary colour, green. The colour red awakens moreover a whole cluster of associations, including fire, energy and blood, and can also serve as the bearer of symbolic or political messages. 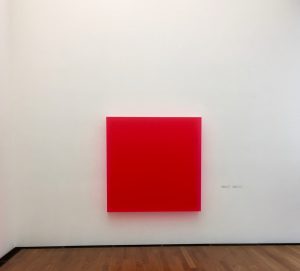 The choice of works on the two storeys of the Museum gives an insight into the developments in art from the 1920s to the present. It largely covers approaches to painting, which have been augmented by a number of works from the realm of object art.
Ohne Zweifel ist die enorme Wirkung von Rot auf die menschliche Wahrnehmung der Grund für die fortdauernde Verwendung dieser Farbe in der Kunst. Die Sammlungspräsentation gewährt somit auch einen Einblick in die Entwicklung der geometrischen Kunst von den Zwanzigerjahren bis in die Gegenwart. 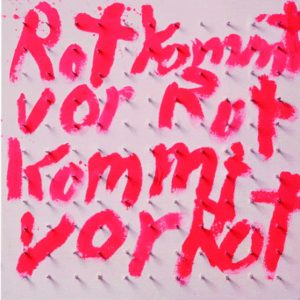