Lightbased artworks live the moment they must live, Paolo Rosa stated: “Afterwards they are turned off … the works end their instant of life in the real world, perhaps to live better in the memory of those who saw them.” These words summarize the mission of the book by Gisella Gellini with the title: ‘Light Art in Italy – Temporary Installations’. It gathers a selection of light’s works exhibited in Italy during the period from May 2015 until June 2016 and features over 60 artists. 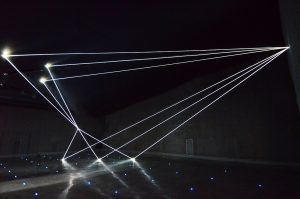 In the ‘Triumph and Laments’ a performance by William Kentridge, held in Rome, a parade of musicians and dancers lighted by the torches and accompanied by the shadows of another parade painted by the artist along the Tiber bank, as a negative film. 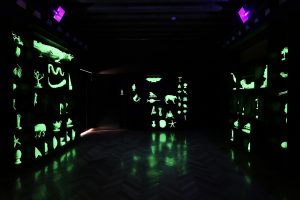 It celebrated the triumphs and the defeats along the thousand-year old history of the city. Also in ‘Please don’t cry’ by Chiara Dynys the shadows drawn on the ceiling by the shapes of fighting state, inside the glass bowls of the installation, added to the tragic nature of the message conveyed by the artist. 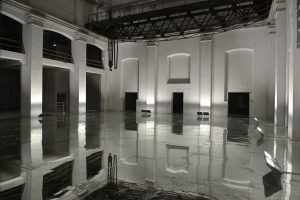 ← Architecture set into the correct light
The Planet Is Blue →