The one-dimensionality of our perception

Mark swysen embraces Joseph Kosuth’s basic proposition of conceptual art: “the idea is the most important aspect of the work”. Next Mark follows Arthur Danto’s credo of “art being an embodied meaning”. The artist is constantly in search of the most eloquent visual stimuli in order to mould content into an intriguing shape. He enjoys the freedom of using any material, object or phenomenon as an instrument in his visual language. Swysen snatches everyday objects out of their usual context and the result of his deconstruction and re-assembling charges them with new layers of meaning. His artefacts question the one-dimensionality of our perception and open new possibilities for interpretation. 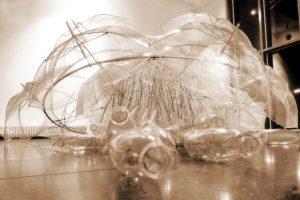